I do not want to promote drug use with this article. This is for historical research purposes only for those who are interested in World War II or the using of pervitin during World War II.

After 10 years of research, Temmler Werke 1937 filed a patent for a new substance methanephetamine. Its effects have been studied in laboratories since 1919. Temmler Werke sought to improve the composition and create a lucky pill that would help the Germans better manage their daily lives. The drug was originally intended to serve civilians and not the German army. In 1938, the first tubes of pervitin were sold freely in German pharmacies (without a prescription).

Otto Friedrich Ranke found out about the alleged miracle drug, who performed an experiment in the greatest secrecy and tried pervitin on soldiers. He also compared the effects with caffeine and other drugs in the calculation of mathematical tasks by young soldiers. He watched how long they would sleep without sleep and whether they could solve tasks the next day.

The effects of amphetamines are similar to those of adrenaline produced by the body, which causes increased alertness. In most people, the substance increases self-confidence, concentration and willingness to take risks, while reducing sensitivity to pain, hunger and thirst, as well as reducing the need for sleep from the beginning without seemingly side effects.

During the attack on Poland in September 1939, Otto Friedrich Ranke handed over information to military doctors in Poland to combat the fatigue of drivers of supply cars with this drug and to inform him of the effects. However, the German command did not respect the instructions and so they gave pervitin to drivers, pilots and the entire battalion, as it proved very useful in the attack on Poland. Two tablets are enough to keep the Luftwaffe pilot without sleep for more than 30 hours.

German soldiers even wrote about pervitin even at home to their parents because they could not do without it. Pervitin spread everywhere during World War II and was an extremely addictive drug.

The popularity of pervitin was a concern for Leonardo Conti and the military health services, and they therefore recommended medical examinations and prescription of pervitin. No one takes this recommendation seriously and sales are increasing. Doctors continue to sell pervitin in a pharmacy without any problems, and when the soldiers run out of supplies at the front, they have supplies sent from home.

Soldiers began to feel the strange addictive effects of using pervitin when they used it frequently.
The list of side effects is growing e.g. excessive sweating, loss of concentration, dizziness, aggression, hallucinations, depression and inability to continue to perform tasks.

The biggest problem with long-term use of pervitin was uncontrollable fatigue from lack of sleep, which manifested itself in the dropping of soldiers to sleep. 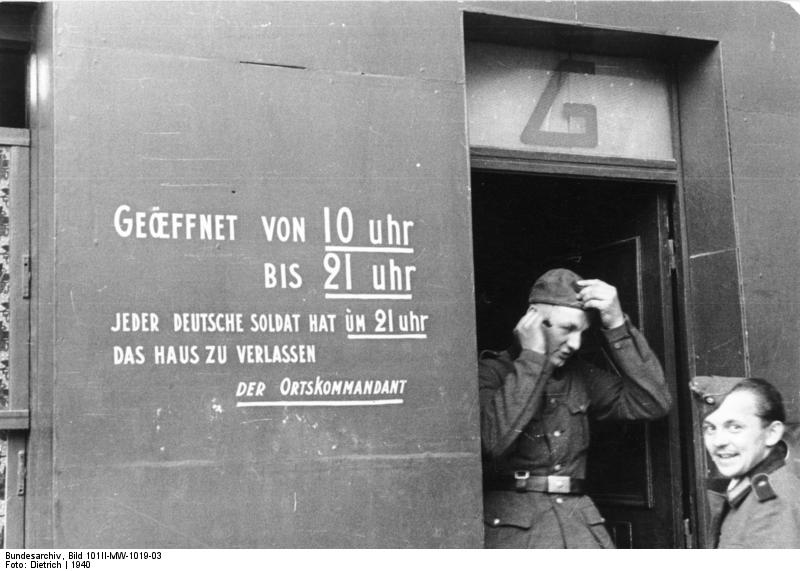 The German army ordered 35 million tablets of pervitin to attack France. When German troops arrived in Paris, each soldier had a supply of pervitin. The drug began to be used in barter, for example, in Parisian brothels, German soldiers paid for pervitin to keep the ladies up all night.

After new research, they published studies on the dangers arising from the use of pervitin for the civilian population, but the fact that it was dangerous for wehrmacht soldier was a military secret.

Leonardo Conti proved that pervitin was listed as a banned product under the Reich Opiates Act, for fear that pervitin would get out of control. This ban has given rise to black markets for pervitin. After three years, pervitin was not available in pharmacies and only military doctors had access to it.

During Operation Barbarossa, each army corps was able to consume 30 million pervitin pills in a matter of months. When the soldiers began to lie down in the snow, the military doctor gave them pervitin and they were ready to march in 30 minutes. But in combination with the winter, the consequences were terrible and the soldiers began to freeze in their sleep. They did not realize the danger of a combination of winter and uncontrollable fatigue.

After recharging Berlin and the end of World War II, he ceased to have drug status and returned to pharmacies as a registered drug. Before pervitin was officially included in narcotics, it was officially sold for 25 years. It is estimated that Temmler Werke produced 740 million pills.

If you have found a mistake in the text or wrong information let me know about it on Instagram or email via the contact form.